The Hubble Space Telescope was launched 24th April 1990 and has beamed thousands of images back to Earth, unveiling many mysteries of astronomy.

Since its launch, Hubble has made more than 1.2 million observations. Astronomers using the Hubble data have published more than 12,800 scientific papers. This makes it one of the most productive scientific instruments ever built. Discoveries have included the age of the universe, the identity of quasars and the existence of dark energy. 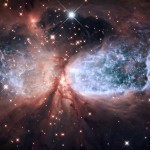 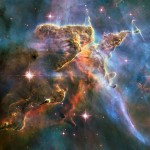 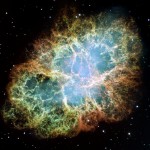 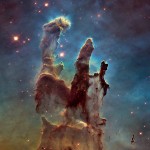 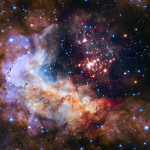 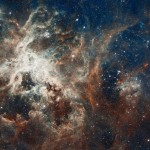 The telescope has travelled billions of miles along a circular low Earth orbit and is currently about 340 miles in altitude. It takes 97 minutes to complete a spin around the Earth, moving at the speed of around 5 miles per second.

Hubble consists of a number of scientific instruments that work across the entire optical spectrum and a 2.4m primary mirror. The instruments included are:

The observatory was designed to be serviced in space, allowing outdated instruments to be replaced.

The Hubble Space Telescope was named after Edwin Hubble (1889-1953), an American astronomer regarded as one of the most important observational cosmologists of the 20th century. In the 1920’s, Edwin Hubble, showed that some of the numerous distant clouds of light were actually entire galaxies. The realisation that the Milky Way was only one out of many galaxies changed the way that astronomers viewed the galaxy. Dr. Hubble’s biggest discovery came in 1929 when he discovered that the further a galaxy is from Earth, the faster it appears to be moving away.

Check out our Flickr page to see our 'Top 25' Hubble images.