If you have ever wanted to chat to an astronaut, find out what it’s like to chase a comet or simply ask how space research benefits us, then tune in to one of our ‘tweet the expert’ sessions. 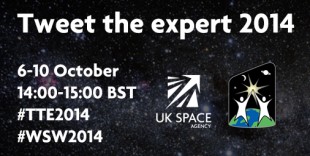 World Space Week is an international celebration of science and technology, held each year from 4-10 October. We are joining the party with a week-long series of Q&A sessions with some of our brightest space experts.

We are hosting a series of one hour Twitter Q&A's between 14.00-15.00 BST from Monday 6 to Friday 10 October. This is your opportunity to have your questions answered by the experts in the field.

Wherever you are and whatever you're doing, join us on Twitter between 14.00 and 15.00 BST to ask an expert your question.

Please send us your questions now via twitter @spacegovuk, Facebook and email or simply tune in and ask your questions live. Expert's will be tweeting from both their own, and our accounts, so please read their bios below for details about how you can follow them and start thinking about your questions. 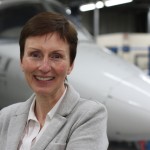 Helen manages the laboratories and technical staff for Kingston University’s Science, Engineering and Computing Faculty. She started her career with a degree in chemistry and worked in industry for electronics and confectionery companies. After training in Star City near Moscow, Helen became the first British astronaut when she flew to the Mir Space Station in 1991, spending eight days in space conducting various experiments. She became a science communicator and corporate speaker and then pursued an interest in linguistics by doing a Masters Degree in Central and South East European Studies. Helen is now enjoying a new career in management, first at the National Physical Laboratory and now with Kingston University.

Tuesday 7 October: Richard Crowther, UK Space Agency
Tweet questions to @spacegovuk
Richard Crowther is currently Chief Engineer at the UK Space Agency, with primary research interests in space security and policy, man-made orbital debris, and planetary defence (near Earth objects, asteroids and comets that pass close to the Earth). He is currently Head of the UK delegations to the Inter-Agency Debris Committee and the United Nations Committee on Peaceful Uses of Outer Space (UN COPUOS), in the past acting as Chair of the UN Working Group on Near Earth Objects within COPUOS. He was one of the fifteen members of the Group of Governmental Experts appointed by the United Nations in 2012 to examine security measures in outer space. He is a Fellow of the Royal Aeronautical Society, and was recently elected to the International Academy of Astronautics. 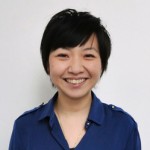 Steph joined the Satellite Applications Catapult as a Solutions Architect in 2013. Satellite Applications Catapult is a non-profit company that is established by Innovate UK to accelerate the take up of emerging technologies and drive economic growth in the space sector. She holds a master in electronics and electrical engineering from Imperial College, London and worked as a software engineer across a wide range of industries, technologies and cultures, in both multinational companies and start-ups. Her determination to broaden her horizons into the space industry has led to her founding Citizen Inventor, a citizen science/open space community, speaking at TEDxEastEnd and NASA TV, and to her architecting solutions and developing software at the Satellite Applications Catapult. 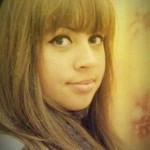 Sam is a Senior Radiation Environments Engineer and Team Leader of the Space Environment Team at Surrey Satellite Technology Limited, a leader in small satellite manufacture. Before this she was as a graduate physicist in the Radiation Environment, Effects and Hardening Team, Space Department at QinetiQ Farnborough and also spent a short stint in the EMC group at QinetiQ Farnborough before joining Surrey Satellite Technology Ltd as a Spacecraft Radiation Environments Engineer. Designing equipment for space is far trickier than for Earth – space poses some unique challenges for spacecraft engineers, including energetic particle radiation. Energetic charged particles in space can induce a variety of problems in spacecraft electronics and materials. The effects can range from temporary upsets to permanent damage and mission failure. Sam is responsible for the radiation hardness assurance of SSTL's spacecraft. 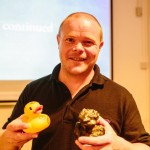 This account is the public engagement face of the UK’s scientific, engineering and educators contributions to ESA’s Rosetta mission to rendezvous and land on comet 67p/Churyumov-Gerasimenko. Co-ordinated at The Open University by Dr. Ross Burgon for this ‘Tweet the Expert’ session, @RosettaInTheUK will be joined by members of the Philae Ptolemy team and the Rosetta GIADA team. Find out more.

World Space Week is a United Nations initiative to celebrate science, technology and the wealth of benefits mankind enjoy from the peaceful use of outer space. Events you can get involved in are being held throughout the week. Visit the British Interplanetary Society website for more details.

Follow #TTE2014 and #WSW2014 to find out more about space from the comfort of your smartphone or tablet. You can also subscribe to get our news sent straight to your inbox.